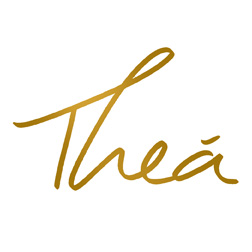 THEÀ- The diamond of the Goddess!

It was the goddess Athene, who once donated the Greek of today and Greece’s main town the most valuable present: The olive tree. We believe that this holy olive tree could still be found today at the Acropolis‘ north wing, at the one mythical spot where Athene once made it sprout. It’s told that after every war or natural disaster a new cut branch is being planted.

From now on more than six thousand years the olive tree is considered a symbol for healthiness, peace and fruitfulness.

The trading with olive oil started by the islands Krete, Santorini and Peloponnes and spread fast to the remaining Mediterranean and the rest of the new World. That is as well proven scientifically by various discoveries in the Geek Islands territories.

In honor of the goddess Athene - as the name THEA says (= Greek for goddess), we have chosen this great olive oil among many others for you with a lot of dedication, energy, purposefulness and love for the product.

The only thing that counts with this oil is the taste of it. Not the region where it’s from or from which type of olives it has been made.

It is refreshingly middle-fruity in its taste with lemony flavors, having only little acidic notes, a perfect balance between acid and bitterness with an elegant background.

With the olive oil Thea you really hold a precious diamond in hand which has been produced under the best conditions. These conditions include, the hand-picking of the olives during the gathering , the use of baskets to collect the olives instead of sacks and the pressing, of the olives collected, within only a few hours, at a temperature of 27° C maximum using the most recent mechanical methods of the centrifuge.

THEÀ- olive oil is of genuine premium quality that is being produced by a small group of organic farmers only. For 2017 there is thus expected only a quantity of 20 tons of this oil to be produced.

We are very pleased to be able to offer you this diamond among olive oils and by that giving the Greek farmers the motivation to continue their work and believe in the next generation.

This is the new hope for Greece in these times of crisis, so that a lot of their best products could be discovered and appreciated again.